Walmart Boycott Because Of Anti-Trump Gear? What About Target? 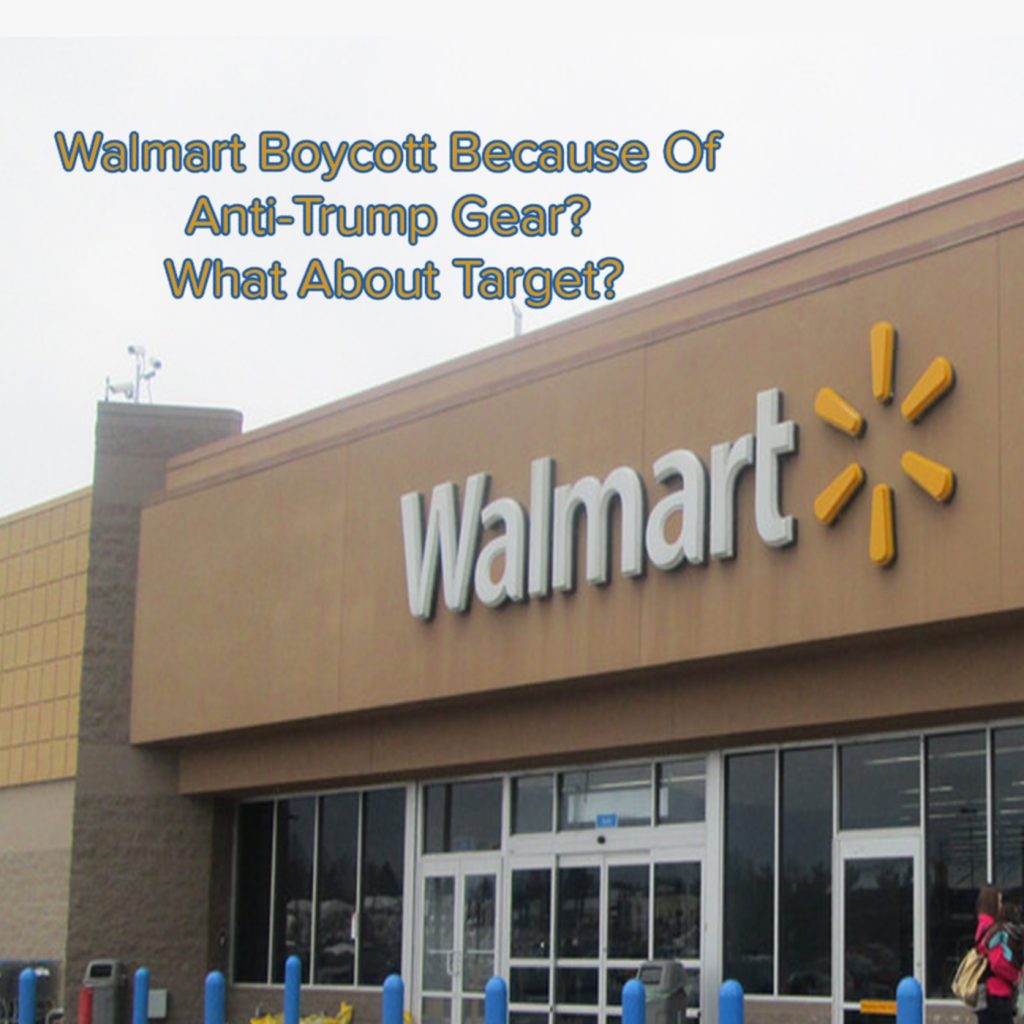 Ryan Fournier tweeted about Walmart’s online “Impeach Trump” clothing. Not only t-shirts but even onesies. Twitter immediately blew up with over 50,000 tweets using #boycottWalmart.

Walmart quickly pulled the items from their website. But many Trump supporters are vowing to never shop at Walmart again. It was a third-party seller, not Walmart directly. Trump supporters need to relax on the boycott.

Walmart also has lots of MAGA gear. I think it was a slip-up that was fixed. What do you think?